The Best Way to Learn French: A guide

Chapter 1
Getting started
Working out your goals, needs, and time-frame
Chapter 2
Learning how French works
How to learn French grammar (even if you hate grammar)
Chapter 3
Improving your reading and listening
How to beef up these two important French skills
Chapter 4
Improving your writing and speaking
Working on your French production, pronunciation and writing
Chapter 5
Do you need a tutor?
When a French tutor might be helpful, how to find one, and what to look for.
Chapter 6
Extra tools to snack on
Tools to supplement your core learning method
Chapter 7
The Intermediate Plateau
What it is, and what to do if you end up there
chapter 3

Improving your French reading and listening

There are four main skills you need to master a language: Reading, listening, writing, and speaking. Together these are sometimes called the "four pillars of language learning".

You could also call them the "four legs of the language cat" because cats generally have four legs. This cat has not mastered speaking or writing yet.

The first two of our pillars / legs / skills are reading and listening. These are both receptive skills, or comprehension skills, because you're just receiving and trying to understand the language that comes flying at you. (You're not actively trying to say anything yourself.)

When you're teaching yourself French, these two skills are the easiest to work on. There is a lot of stuff out there to read and listen to, and you can pretty easily check your own work and figure out when you're right and wrong, so it's perfect for solo study. 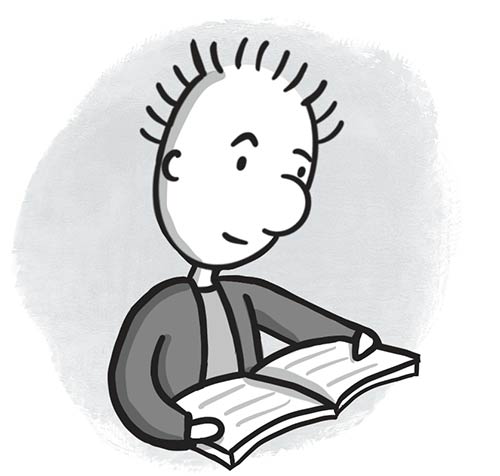 You will probably find that reading is the first and easiest skill for you to develop. Most French courses are built around a written curriculum, so unless you're starting a purely audio-based course, you'll start seeing written French straight away.

Reading can feel easier than listening because it is done at your own pace. You can pause to look up words or grammatical rules, and your brain has time to process all the information. (You won't get that luxury when listening to a rapid-fire conversation!)

Here are some tips for beefing up your reading skills:

Tintin has slightly old-fashioned language, and Captain Haddock has his own special lingo, but it is a narrative and has a lot of dialogue. You can buy them on Amazon, or directly from the publisher.

If you're looking for beginner-friendly stories to read, our sister website, The Fable Cottage, has modern versions of traditional fairy tales and fables, written specifically for French learners. (These stories come with audio so you can listen at the same time — very important!)

You could also try StoryLearning's French Uncovered course. The framework for this course is a serialised story, so you'll get lots of reading practice. The story comes with an audio version (important!) and explanations of the grammar and vocabulary features in the story to help with your intensive reading. 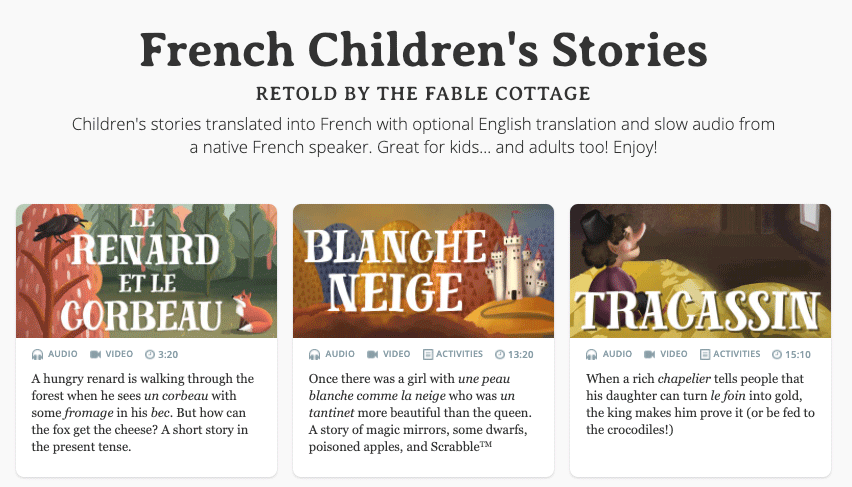 The Fable Cottage has stories in somewhat-simplified slower French audio and video. Some are told entirely in the present tense — good for beginners. 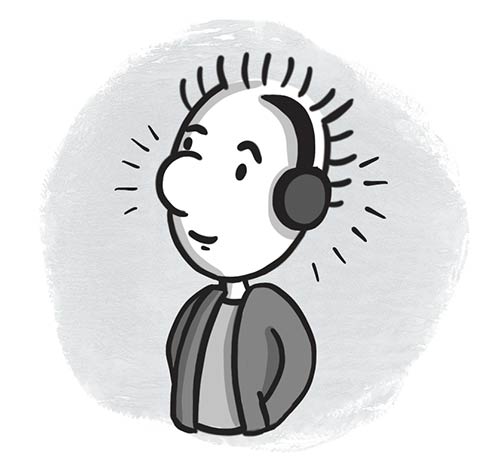 Listening is a receptive skill similar to reading — you're not having to produce the language yourself, just recognise it and try to understand it. But it's a bit harder in a few respects:

There are a few tricks to making things easier for yourself:

Wherever possible, study text examples that come with an audio version, so you can connect the pronunciation with the written version of the word.

Don't let yourself "learn" the wrong pronunciation by only ever looking at words in written form. You'll be less likely to recognise the language when you hear it in real life.

1) Change the speed of the audio in the settings.

When you're watching videos (and sometimes when you're listening to audio) there may be a speed setting. Try slowing this down. (I recommend 75%). Here's how to do it on YouTube:

You will likely hear some distortion or "melting" of the audio — especially if you try to go slower than 75%. Sometimes this can make the audio even harder to understand than the original. So use your judgement here.

Also note that it won't create articulated French. If the speaker has run all their words together, they'll still do that. They'll just do it slower.

Once you've been able to understand the audio at slow speed, switch it back to normal speed. Can you understand it now? You may need to go back and listen to it a few more times at slow speed if you're still having trouble keeping up.

Give this a whirl with one of our stories below. (This one is already relatively slow and articulate though!)

‍This kind of material is created specifically for learners. In addition to speaking slower, the voice artists will also articulate the words more clearly. This is what we've done in our children's stories, and also the stories on The Fable Cottage. News in Slow French is another old favorite, and audio samples you hear in your French course will also usually be slower and clearer than "natural" spoken French.

Rant: Yes, you ARE allowed to use slow audio.

Some people might argue that listening to French that ... is ... quite ... slow ... is unhelpful. It doesn't prepare you for the real world, where words are not pronounced slowly, crisply and clearly.

It's true, slow audio is not how people speak normally. But also remember that, at least in the beginning, your brain is doing an awful lot of work to process what you're hearing. There are pathways that haven't been built yet, and each word and sentence requires a lot of concentration to process.

Slowing down the audio gives you the time and space to build these pathways without overloading your brain.

As you progress, you'll stop trying to translate every word as it comes at you, and you'll automatically make the leap between the French and the actual meaning. You'll also start instantly recognising common words, phrases, and formations. This will lighten your cognitive load and it'll become easier to listen at native speed.

But until comprehension comes easily and automatically, you don't have to feel bad about taking it slow. Think of it as learning to drive in a paddock or empty parking lot before you attempt the highway or the city. Obviously it's not a realistic imitation of real-world driving conditions, but you've got to learn how to move the car first.

Going straight from your "proper" French course to listening to people chatting in real life can be a bit jarring. What is this language they're speaking? It kind of sounds like French, but it's not following the rules!

You can prevent this sudden shock by exposing yourself to casual language, especially once you reach intermediate level. (It may be a bit intimidating before then!)

TV and movies (use French subtitles — not English), are a good source of casual language. Here's Géraldine from Comme une Française explaining some common aspects of spoken French in a very fast piece of TV drama:

If that's waaaaay too far above your level, you can also get a head start by looking for French courses that specifically explain everyday French, like Comme une Française, Street French, and many of the courses by FrenchToday.

‍The most important thing, though, is that you adjust your expectations: Realise that spoken French can be quite different from your textbook French, and don't be demoralised.

Reading and listening are rewarding skills to practice, but they're only half of the picture. You also need to work on your speaking and writing skills too.

If you don't, you could end up making your friend's mother cry, like I did. I'll tell you about that in the next chapter.

Chapter 4
Improving your writing and speaking
Working on your French production, pronunciation and writing
Chapter 2
Learning how French works
How to learn French grammar (even if you hate grammar)

The best way to learn French

Chapter 1
Getting started
Working out your goals, needs, and time-frame
Chapter 2
Learning how French works
How to learn French grammar (even if you hate grammar)
Chapter 3
Improving your reading and listening
How to beef up these two important French skills
Chapter 4
Improving your writing and speaking
Working on your French production, pronunciation and writing
Chapter 5
Do you need a tutor?
When a French tutor might be helpful, how to find one, and what to look for.
Chapter 6
Extra tools to snack on
Tools to supplement your core learning method
Chapter 7
The Intermediate Plateau
What it is, and what to do if you end up there