It's raining cats and dogs!

Phrases and vocabulary for talking about the weather in French 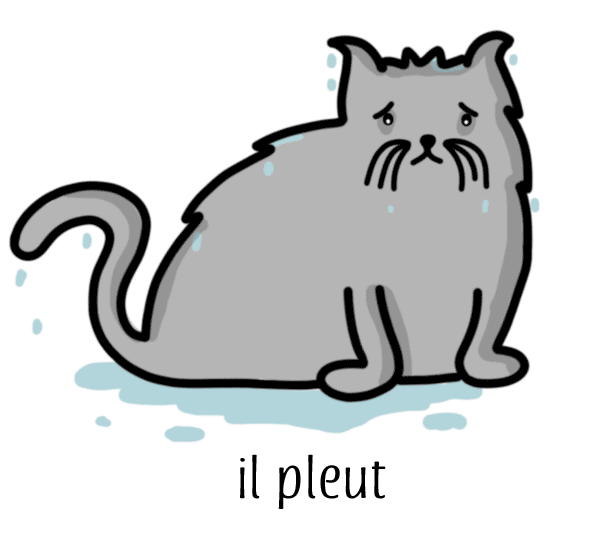 Ahh... the weather. Like it or loathe it, when you run out of everything else it will always be there... the universal conversation starter! Master the following phrases and vocabulary as your introduction to this most popular of subjects.

Pay attention to a couple of differences between French and English in the following phrases: "It's windy" translates to "There is some wind", and "it's foggy" does a similar thing with "There is some fog".

In English we might say "It's raining cats and dogs!" to communicate the idea that the rain is somewhat heavy. French speakers have an equally bewildering saying: "It's raining ropes":

If you think that that doesn't make any sense, take a moment to consider the cats and dogs!