The Best Way to Learn French: A guide

Chapter 1
Getting started
Working out your goals, needs, and time-frame
Chapter 2
Learning how French works
How to learn French grammar (even if you hate grammar)
Chapter 3
Improving your reading and listening
How to beef up these two important French skills
Chapter 4
Improving your writing and speaking
Working on your French production, pronunciation and writing
Chapter 5
Do you need a tutor?
When a French tutor might be helpful, how to find one, and what to look for.
Chapter 6
Extra tools to snack on
Tools to supplement your core learning method
Chapter 7
The Intermediate Plateau
What it is, and what to do if you end up there
chapter 4

Improving your French writing and speaking

Quick story: When I was learning Italian, many years ago, I got pretty good at reading Italian. I could even stand in line at the train station and eavesdrop on people behind me — and I understood most of what they were saying. 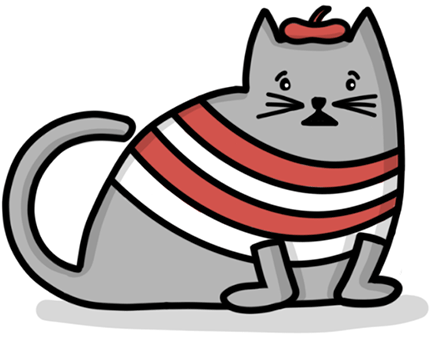 I was the two legged cat above. I had been reading textbooks and listening to everyone around me, but I had no practice spontaneously producing intelligible language from my own mouth. I couldn't find the right words to use, and I couldn't pronounce the words I did find.

So, even though you might find reading and listening to be a lot easier to work on, especially when you're studying independently, don't neglect practicing your speaking and writing skills as well.

You may think that being able to write in French is just about getting the spelling right, and figuring out how to use those different accent characters.

Spelling and funny characters are only part of the writing puzzle. They can all be practiced with flashcards and a whole lot of repetition. There's no great mystery to learning this — it's all about memory and practice. 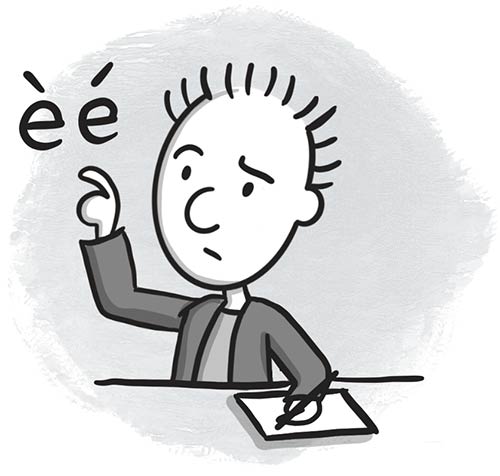 The harder part of the equation is the production part.

When you're writing you need to be able to pull the words from your brain, and put them together in a way that makes sense. It's a productive skill, rather than a comprehension skill like reading or listening.

Being unable to produce language is a problem:

To stop that happening, you need practice.

Practicing production through writing is a good place to start because you have time to stop and think about what you're going to write. You can look up new words, or research the best way to say something — this isn't cheating. (You'll likely remember this stuff much better for the effort you've put in!)

But for some people writing can also feel difficult or intimidating because you're not getting any immediate feedback, like you'd get if you were speaking to someone.

Some ideas for practicing your writing production:
‍

When you're just getting started:

When you're more advanced:

It's best to do all these challenges with a good dictionary or translator in hand, otherwise it could be too difficult. Use the English to French option, and take the opportunity to learn some new vocabulary.

Important: Make sure you get feedback!

You could use a tutor, a conversation exchange buddy, or you may be able to find forums or groups where you can get fluent speakers to critique your work.

Our second productive skill also comes in two parts: The first part is similar to writing above: being able to pull the language from your memory and put it together in a way that makes sense. The key difference with speaking is that you have to do it much faster than with writing, and you don't have time to pause to look things up!

The second part of this skill is pronunciation: being able to speak the words so that people will understand you. 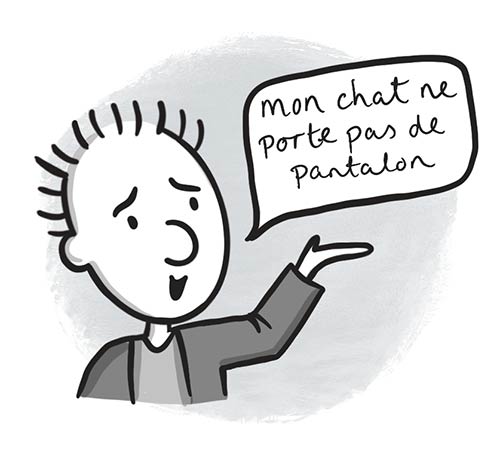 The goal here is to be able to find the words to express yourself verbally in French, so many of the things you practice for writing production (above) will work here too. (Just say them out loud.)
‍

When you're just getting started:

Rocket French has a built-in flashcard tool, but you can also create your own cards with software like Anki, or good old pen and paper.

When you're more advanced:

When we say pronunciation, you're probably thinking about your ability to morph your mouth into the right shape to make those French sounds. (And your ability to get over your self-consciousness to do it!)

The first step is knowing and being able to hear the sounds you're trying to imitate. FrenchPod101 has a good video series on French sounds, breaking all those unfamiliar sounds down one by one. They also have a comprehensive written guide to French pronunciation.

‍Learn French With Alexa is another great resource with an entertaining French pronunciation playlist.

Pronunciation is a big part of the equation, but there are also a couple of other things in play when you're trying to make yourself understood by French speakers.

The best way to get better at these is simply to practice — listen and repeat.

A more advanced strategy that may help you adjust to the rhythm of spoken French is shadowing: This is where you listen to a piece of audio and try to copy the pronunciation, rhythm and intonation — all immediately after the speaker. (Don't wait until they finish speaking — you should both be speaking at the same time!)

The idea is that this can force you to speak at the same speed as the speaker, with the same pauses, emphasis and intonation. You'll be developing your "muscle memory" for the rhythm of the language.

If this is something you enjoy doing, and it gets you speaking French out loud — fantastic. Go for it. You may want to start with slower pieces of audio, like our French children's stories before moving up to native speed audio.

If you find it too difficult, too stressful, or you just don't feel like it's helping... that's also perfectly fine. Opinion is divided on whether it's an effective technique. Olly from StoryLearning has a good (if potentially selective) summary of the concept in this video.

How to practice pronunciation?
(Hint: You need feedback)

Practicing your pronunciation when studying independently is a tricky thing, because what you really need is feedback. You need to be able to say a word or sentence, and then be told how well you did.

Without that feedback, there's a chance you'll learn bad habits in your pronunciation — and these can be hard to unlearn.

You've got three main options for getting feedback and corrections on your pronunciation:

Some French courses come with "pronunciation checkers" — where you record your voice, and the software checks your pronunciation. You can also use Google Translate with the voice input selected, and speak to your computer or device. See if Google can recognise what you're saying in French.

Rocket French records your voice, and displays what the AI "heard" you say. In theory, the stuff in red is where I need to work on my pronunciation.

I actually have mixed feelings about this technology. On one hand, I frequently have a hard time getting Siri / Google / Alexa to understand me when speaking my own first language. So I don't really trust a voice recognition AI to tell me when my French is hitting the mark.

But on the other hand, if this is what encourages you to start speaking your French out loud in the beginning... then that's fantastic. Give it a whirl! Just don't place too much stock in the software's opinion — I've found them to be both overly generous (Rosetta Stone) and incredibly picky (Rocket French).

Feedback option #2: Recording yourself and checking your own pronunciation

A less high-tech (but potentially more reliable) trick is to listen to a short recording from a French speaker, and then record yourself speaking the same material.

Then compare your pronunciation with the source recording. Use your own ears to figure out if you've nailed the pronunciation or not.

Yes, this is the same screenshot as above. Rocket French can also play back your voice recording (red arrow) so you can compare it to the source (blue arrow).

Some courses have this built into their audio examples, but you can also do it with any piece of audio and a recording device. (You could record yourself imitating the pronunciation of a YouTube video, for instance.)

Your success with this method depends on your ability actually hear when your pronunciation is good or bad — so it's important that you've learned to recognize those French sounds first.

This is the best way to work on your pronunciation, especially once you move beyond the examples in your French course to start creating your own spontaneous speech.

A tutor will be able to show you the shapes you need to make with your mouth to achieve those more interesting sounds, and both a tutor and a conversation partner can tell you when you're getting things right or wrong.

How do you find a tutor? How else can a tutor be helpful? We'll look at that in the next chapter!

Chapter 5
Do you need a tutor?
When a French tutor might be helpful, how to find one, and what to look for.
Chapter 3
Improving your reading and listening
How to beef up these two important French skills

The best way to learn French

Chapter 1
Getting started
Working out your goals, needs, and time-frame
Chapter 2
Learning how French works
How to learn French grammar (even if you hate grammar)
Chapter 3
Improving your reading and listening
How to beef up these two important French skills
Chapter 4
Improving your writing and speaking
Working on your French production, pronunciation and writing
Chapter 5
Do you need a tutor?
When a French tutor might be helpful, how to find one, and what to look for.
Chapter 6
Extra tools to snack on
Tools to supplement your core learning method
Chapter 7
The Intermediate Plateau
What it is, and what to do if you end up there